The results of our efforts is an extra virgin olive oil of exceptional quality, with a thousand flavors and nuances… 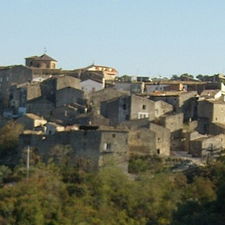 The place of the sacred trees: the olive tree and the bay tree.
A nest of lands, protected by mountains and facing the sea.


HOME OF PRUNERS AND OIL MILLERS.

Rotello, the oil city
Rotello is a small, ancient village of the southern part of Molise, located 360 meters above sea level with about 1400 inhabitants. Situated in the hills, it faces the wide coastal plain and it’s surrounded by a countryside of about 7000 hectares, among the largest in the province of Campobasso.
On the three hills that surround the village, Neviera, Cerase and San Pietro, the olive groves shimmer with silver light, especially on windy days.
When the sky is clear, gazing at the sea you can admire the Tremiti islands appearing in the blue Adriatic Sea. The position within the hill and its distance from the sea give the village a mild climate all year round. In addition to the numerous olive groves, there are crops of wheat, barley, oats, sunflowers.
The olive oil produced in Rotello has been known since the ancient Roman times and is famous for its delicately aromatic flavour. The mills are numerous and many of them are very old. Among the village’s elders, being a pruner still stands for authority.
The local proverbs, riddles, anecdotes that are based around the topic of the olive grove and olive oil prove the importance of this crop in the daily life of Rotello people.
Olive and olive oil are, of course, the basis of many dishes of the local cuisine both poor and refined, and are also ingredients in the delicious desserts cooked during various events. People have also used it to light up the houses, to treat injuries, to soften the skin and to solve many other daily problems.
At the end of 1994, the City of Rotello established the Association “Città dell’Olio” (“The Oil City”) together with other villages, to pay honour to its vocation to olive oil. 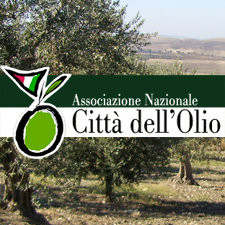 Rotello is registered to the National Association of Oil City.

Cookies help us deliver you the best experience on our website. By browsing our site, you agree to our use of cookies.Got itLearn more